You are here: Home > Collaborations

Re-incarnation – gives you a second chance or two – or two!

Having survived D-Day, many would call it jolly bad luck to die from septicaemia after eviscerating one’s ring finger on a tin of bully beef. However, reborn and sharing the same birthday as Tom Waits, things could only get better. (People born on this day, believe they are weird, even if they are not.) Alas, the early promise shown by winning the Daily Telegraph Mini Saga Competition and a radio1 songwriting contest, counted for nothing.

Alone in the Jacques Brel Foundation, one wet wednesday in Brussels (A wednesday of which even today he will not speak), he experienced a life changing experience which inspired him to drink from the stream of consciousness until he was unconscious.

Revived by a hallucinatory vision of Colombian record producer and bi-polar explorer Arthur ‘Bird’ Guano dancing on a marvellous 7-tiered wedding cake, he reluctantly allowed himself to be rescued by failed agnostic Jack Pound, who brought him home on Eurostar and nursed him back to madness.

The rest as they say is Halibut 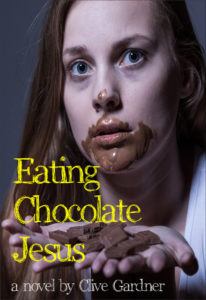 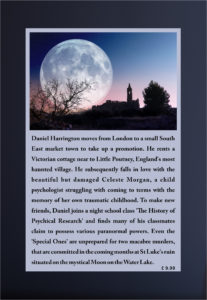 INTERVIEW WITH CLIVE FROM IN TOUCH MAGAZINE

Everyone has musical memories. Those wonderful songs which provide the backing track to our past. Whether the memories they provoke are happy, emotional or painful; let’s revisit them and celebrate some of the music which helped shape our lives…

Clive Gardner is a founder member of the British Academy of Songwriters and Composers.   He is a lyric writer who has enjoyed many years of successful collaborations with notable musicians such as the late Kenny Craddock, Colin Gibson and Jack Pound. Originally from Kent in England; Clive now lives and writes in Cyprus. He is a member of Larnaca Writer’s Group. You may remember his short story “Switch User,” in the May edition of In Touch Magazine.

Tell Me Clive… What was your first success as a lyric writer?

I won a competition run by BBC Radio One. Dave Black responded to my ad in the Melody Maker, seeking a composing musician for my lyrics. Radio One and Tyger Records chose our song as one of the winners. I had never been in a recording studio before, and met Dave face to face for the first time that day. He had brought his band down from Shrewsbury to London. We sat up all night with the producer and engineer mixing the track. I remember the musicians all fell asleep on the studio floor.

What was the name of the track?

It was ‘Boulevarding’ performed by ‘The Dave Black Band,’ on the ‘Tyger,’ album issued in 1982.

Who were your most significant musical influences?

I first heard of Jacques Brel through the Scott Walker Album of Brel songs which had been translated into English. I love the passion of his songs about life, love and death. Jacques is no longer with us, but I was enchanted by my visit to ‘The Brel Foundation,’ in Brussels who ensure his work will be appreciated forever.
Other artists who have inspired me are, Tom Waits, David Byrne, Ray Davies and the late Ian Dury.

And your favorite track?

‘If You Go Away (Ne me quitte pas)’ by Jacques Brel. ‘The Greatest Hits Album.’

Is there a piece of music which really inspires you?

I am not a religious person, but I would probably say my old school hymn. Although they do not always get it right, I think organizations like UNESCO and the UN have a major role to play.

‘These Things Shall Be a Loftier Race,’ by John Addington Symonds

You have enjoyed a long and successful career in the music business; is there anything you regret?

Many years ago on our first visit to Cyprus, my wife Pam and I took our Jeep to the west coast of the island to admire the beautiful sunsets. By chance I tuned into a Cypriot radio station and they were playing this song! It brought back a painful memory of what could have been… When I was eighteen I had an interview for a clerical job at the Performing Rights Society in London. I hit it off with the office manager who offered me a position, which I decided to turn down. Many years later I read an article which stated that at the time of my interview, there was a young office boy working there, who could write music, but NOT lyrics. It turned out to be Reg Dwight… later known as Elton John!

And the song was?

‘Don’t Let The Sun Go Down On Me.’ Words & music by Elton John & Bernie Taupin

Which track are you most proud of?

Kenny Craddock was a professional musician and a diamond geezer. Master of the Hammond Organ and pretty good at most instruments. We used to pull his leg about his own album, which he had been putting together for years. In 2002 he moved to Portugal to convert a village school up in the mountains into a home with recording studio for British artists to use. He was killed in those mountains in a traffic accident later that same year. His album was eventually issued in 2003. I am proud to say I had eight co-writes on that album, featuring alongside a certain Mr. W.B. Yeats, who of course wrote the poem of the title track. The song has been played at many funerals and seems to give comfort to bereaved people. You can’t put a price on that.

Indeed and the track?

‘Watcher on the Hill,’ by Kenny Craddock; from the album ‘Mad as the Mist and Snow.

If our readers wanted to listen to your lyrics, which track would you recommend?

You can read my lyrics at www.jackpound.com under “Stories and Lyrics.” Jack Pound, Colin Gibson and myself using the pseudonym “Guanopundhammer” have a new Album for 2010. An electric, left of field collection entitled ‘People Who Are Dead & Don’t Know That They Are,’ which was inspired by the book by Gary Leon Hill. It is available at www.guanopoundhammer.bandcamp.com.   The album has been described by Phil Wright of Manchester Free Press as “stylistically diverse, lyrically blade sharp…Truly exceptional”

Which track have you chosen?

‘Hole in the Heart,’ by Guanopoundhammer; track six from the album, ‘People Who Are Dead & Don’t Know That They Are.

‘People Who Are Dead & Don’t Know That They Are.’

The album was produced by Bird Guano